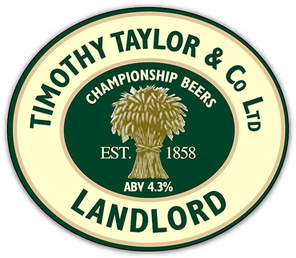 Timothy Taylor’s Landlord is a cracking pint of beer. To put it more scientifically, it’s often known as the drinkers’ favourite. It recently sold very quickly – selling 2 barrels in less than a day – at our August Beer festival event. It’s a 4.3% classic pale ale with a complex citrus and hoppy aroma. According to the brewery, a recent survey revealed that Landlord has the highest proportion of drinkers who call it their favourite ale. And it has won more awards than any other beer, winning both CAMRA’s Champion Beer of Britain and the Brewing Industry Challenge Cup four times. If you haven’t tried it yet – come and have a pint with us in Laxfield! 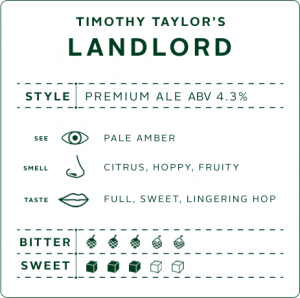